Rex is a native of Southern California, having grown up in Coronado, California where he enjoyed boogie boarding, fishing, long-distance running and solo sailing in San Diego Bay. Some of his most memorable experiences include camping and hiking in the desert of Joshua Tree National Park, scuba diving in the pristine waters off Catalina Island, surviving the Los Angeles Riots of 1992 and riding out the BIG Northridge Earthquake of 1994.

As of late Rex’s passion is having adventures with his three sons; Benjamin, Ryan and Joe.  Most of their adventures have been in the Pacific Northwest and include having hiked to the top of Mt. Si, ascending to Poo Poo Point on Tiger Mountain, exploring the woods of Mt. Washington, dipping into the chilled waters of both the Middle Fork and Snoqualmie Rivers.  They’ve dared to stand on the edge of the Devil’s Punch Bowl in Oregon,  gone snowboarding at Alpental and ridden the ponies at Issaquah Salmon Days. They have even raced go-karts at K1-Speed in Redmond. Other adventures have included white water rafting in the Arkansas River, horseback riding and exploring Ghost Towns in the Rocky Mountains. On occasion, they’ve been known to fish for Rainbow Trout in Lake Alice, Pine Lake and Beaver Lake. Rex’s solo time is often spent exploring country roads on his 2007 Harley Davidson Road King. 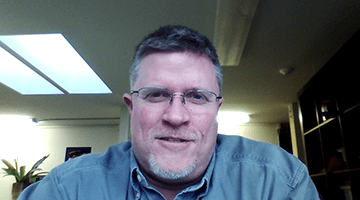